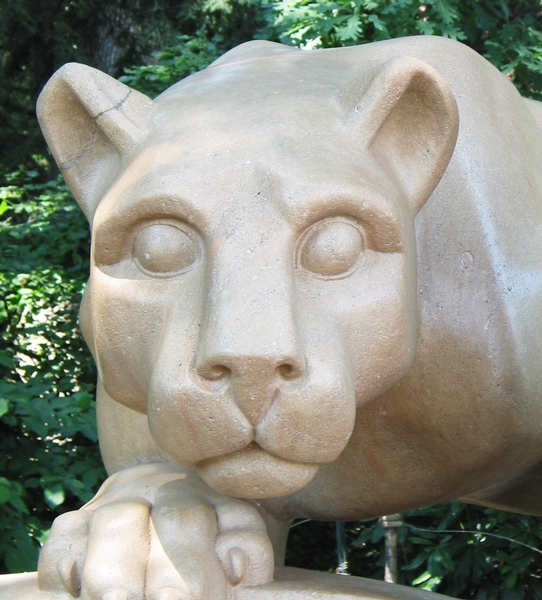 Penn State was one of the largest institutional participants from among 212 universities in the latest National Research Council Assessment of Research Doctorate Programs, with 69 Ph.D. programs participating (65 ranked) in 51 different primary and three emerging fields of study. The 2006 study, which assessed more than 5,000 doctoral programs in more than 60 fields, collected a large quantity of data for 20 different characteristics related to research activity of faculty, student support and outcomes, and the diversity of the academic environment. It is the first comprehensive study by the NRC since 1995.

Sixty-five Penn State programs were ranked in the assessment. Links to illustrative figures for each program's overall ranking in comparison to all other programs in the respective field are provided below. Penn State's top ranked programs are:

In Penn State’s Eberly College of Science, all of the doctoral research programs had exemplar ratings that placed them among the best programs in the nation. These programs are Astronomy and Astrophysics; Biology; Chemistry; Mathematics; Physics; and Statistics.

Penn State’s College of the Liberal Arts similarly had many of its programs in the upper range of rankings for their respective fields, including Anthropology, Communication Arts and Sciences, English, Philosophy, Political Science, Spanish, and Sociology.

In addition, a number of Penn State doctoral programs remained highly ranked, including several programs in the following colleges:

A hallmark of research and graduate education at Penn State is the high level of inter- and trans-disciplinarity, with 38 percent of Penn State’s programs in the NRC assessment ranked in the top 10 percent of their respective fields for the percentage of interdisciplinary faculty. Of particular significance are the number of Intercollege Graduate Degree Programs (IGDP) (in which faculty participation extends across department and college boundaries) that had notable overall rankings, including Plant Biology, Demography, and Materials Science and Engineering.

A link to the complete list of Penn State’s doctoral research programs with 5th percentile rankings within the top 10 percent of total programs ranked in the field is provided below.

In addition to more than 50 percent (29) of our doctoral research programs receiving notable rankings for overall program quality, the NRC study found that 51 percent of all Penn State programs garnered a 5th percentile ranking within the top 10 percent of programs in student support and outcomes, an important measure of student success. In addition, every program offered a full range of 18 support mechanisms for students, reflecting Penn State's commitment to being a student-centered university.

Illustrative figures for each program's overall ranking in comparison to all other programs in the respective field - prepared by Dr. David R. Hunter, Associate Professor of Statistics, Penn State Eberly College of Science

Illustrative figures where more than one Penn State program is ranked in the same field, with all other programs in the respective field - prepared by Dr. David R. Hunter, Associate Professor of Statistics, Penn State Eberly College of Science

The National Academies, Research Doctorate Programs, Board on Higher Education and Workforce

2006 NRC Data-Based Assessment of Research-Doctorate Programs, National Academies Press Website that provides purchase and free download options of the findings, an explanation of the methodology, and data table in Excel

This page was generated on January 16, 2022 at 2:56 PM Eastern Time. This may not be the most recent version. Check the website for updates.