In the interest of protecting the health and safety of students, faculty, staff and community members, the Graduate School continues to operate in a remote format. MORE INFO> 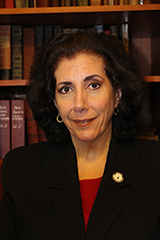 Dr. Vasilatos-Younken began her baccalaureate degree program in biology at New York University, and completed her Bachelor of Science degree in animal and pre-veterinary science at the University of Maine at Orono, and her Ph.D. in animal nutrition at Penn State. She worked as a research associate in the Nutrition Unit of the Roman L. Hruska U.S. Meat Animal Research Center in Clay Center, NE, and in the Department of Biochemistry and Molecular Biology at Penn State, before joining the faculty in the College of Agricultural Sciences in 1983.

In her tenure at Penn State, Dr. Vasilatos-Younken developed a basic research program in the endocrine regulation of postnatal growth and metabolism, targeting the metabolic effects of growth hormone and involving collaborators from around the world. She also developed patented technologies to reduce contamination of meat animal carcasses. Dr. Vasilatos-Younken team-taught undergraduate courses in animal nutrition and comparative physiology and graduate courses in metabolic and endocrine physiology, and served on graduate program steering committees in nutrition, physiology, and animal sciences. She is author or co-author of more than 70 published research papers and proceedings and an equal number of abstracts, and in 1993, she received the Poultry Science Association Research Award. She has been a member of the American Association for the Advancement of Science, the Endocrine Society, the American Society of Animal Science, and the Poultry Science Association. 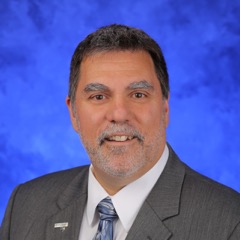 Dr. Michael F. Verderame is Senior Associate Dean of the Graduate School at Penn State. Prior to his appointment, Dr. Verderame was a respected educator, mentor and leader at Penn State’s College of Medicine, where his many significant accomplishments during 25 years of service included the first revision of the graduate Core Curriculum in more than 10 years, the reorganization of the doctoral graduate programs, and service on numerous College committees and peer review positions with the National Institutes of Health. Under his leadership, the Graduate Student Association wrote a Graduate Student Oath (analogous to the more widely known Hippocratic Oath taken by medical students) that has become the capstone of incoming students’ orientation, and has been incorporated into Commencement.

Appointed as assistant professor of microbiology and immunology at the College of Medicine in 1989 and named Associate Dean in 2004, Dr. Verderame joined an elite group of faculty when he was honored as a College of Medicine Distinguished Educator. A member of the Graduate Faculty at Penn State, Dr. Verderame is a longtime member and previous chair of the Association of American Medical Colleges’ Graduate Research Education and Training Group Steering Committee that impacted biomedical research and graduate education, both locally and nationally. He remains a co-principal investigator for a Department of Health and Human Services Office of Research Integrity research grant, and has published more than 65 peer-reviewed articles.

Dr. Verderame received his undergraduate and graduate degrees at Columbia University and completed a postdoctoral fellowship at the University of California, San Francisco, before joining the faculty at Penn State’s College of Medicine. 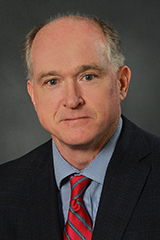 Dr. William Clark is the Associate Dean of the Graduate School at Penn State. An alumnus of Penn State, Dr. Clark most recently spent twenty-six years on the faculty at Louisiana State University as professor and chair of the department of political science. While at LSU, Dr. Clark served as director of the master’s degree program in liberal arts for 10 years, as both director of graduate studies and as an undergraduate adviser in the department of political science, and served on the system-wide Executive Graduate Council.

As Associate Dean, Dr. Clark will primarily focus on graduate program review and assessment for all of the graduate degree programs at the University. Additionally, he will be involved in the coordination of professional development activities for graduate faculty that promote best practices in graduate education. Dr. Clark will also report on the Graduate School’s progress in meeting strategic plan goals and will oversee the development and continuing enhancement of standardized graduate program data resources to support meeting program quality objectives in every graduate degree program. 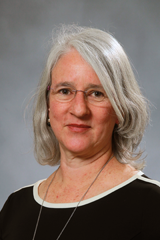 Dr. Ades is the Associate Dean for Graduate Student Affairs. In this role, she serves as an advocate for all graduate students and helps address their issues and concerns. Dr. Ades joined Penn State in 2002 and is an associate professor of Biochemistry and Molecular Biology in the Eberly College of Science. Her research focuses on investigating how information is communicated between the two compartments of a bacterial cell, the cell envelope and cytoplasm and leveraging this knowledge for antibiotic development. She is the recipient of a prestigious Faculty Early Career Development Award from the National Science Foundation and a winner of the GlaxoSmithKline Discovery Fast Track Competition.

Dr. Ades is also an award-winning teacher and has developed courses designed to help students master fundamental concepts of biology through scientific inquiry. She is a recipient of the Penn State Teaching Fellow Award, the Alumni Association and Student Award for Teaching Excellence and the C.I. Noll award for Excellence in Teaching from the Eberly College of Science Alumni Society. She brings this student-centered approach to her position at the Graduate School.

Prior to arriving at Penn State, Dr. Ades received her bachelor's degree in molecular biophysics and biochemistry from Yale University and Ph.D. in biology from The Massachusetts Institute of Technology. She pursued postdoctoral work at University of California, San Francisco and the Institut de Biologie Moleculaire et Cellulaire in Strasbourg, France. 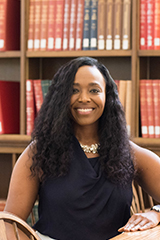 Previously, Dr. Preston was the Senior Director of the Office of Graduate Educational Equity Programs where she spearheaded the Graduate School's efforts to increase diversity within the graduate student community across the University.

Dr. Preston has administered, coordinated and evaluated comprehensive recruitment programs and retention activities which enhance the professional development of underrepresented graduate students. As Senior Director, and in her current role, Dr. Preston leads the Big Ten Academic Alliance Summer Research Opportunities Program and the Ronald E. McNair Scholars Program. She has represented Penn State as a participant in programs such as the National Science Foundation's Alliances for Graduate Education and the Professoriate, designed to broaden participation in science technology, engineering and mathematics disciplines. Additionally, she has coordinated the Alfred P. Sloan Foundation Scholars Program.

Dr. Preston completed her Ph.D. at Penn State in curriculum & instruction in science education. Her graduate research focused on the underrepresentation of ethnic minorities and women in STEM fields. She received her bachelor’s degree in biology and her master’s degree in curriculum & instruction (science education) at Xavier University of Louisiana. Dr. Preston taught high school biology, chemistry, and human anatomy & physiology in New Orleans.

This page was generated on January 15, 2021 at 9:09 PM Eastern Time. This may not be the most recent version. Check the website for updates.